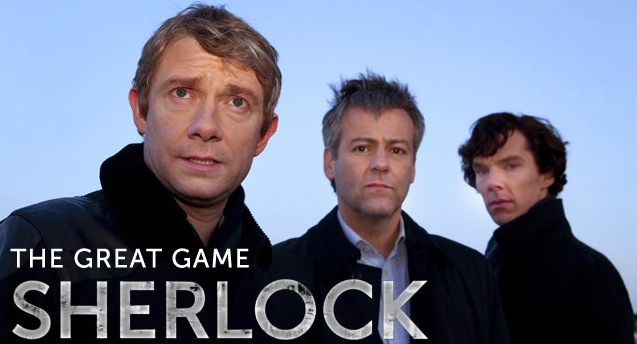 In The Great Game the final episode in the first season, Holmes and Watson think they have an open and shut case when they investigate the death of a civil servant found dead on a railway line but this is just the start of a veritable game of cat and mouse that tracks across a twenty year old murder case, the rediscovery of a priceless Old Master and the arrival on the scene of Holmes’ arch nemesis Moriarty.

A fabulous end to the series as another key Holmesian figure arrives on the scene after hanging around in the shadows for the previous two episodes. Some nice guest appearances in this episode too not least from John Sessions and the always reliable David Rayall. Watch out too for a small role for Wallander’s daughter as played by Jeany Spark.