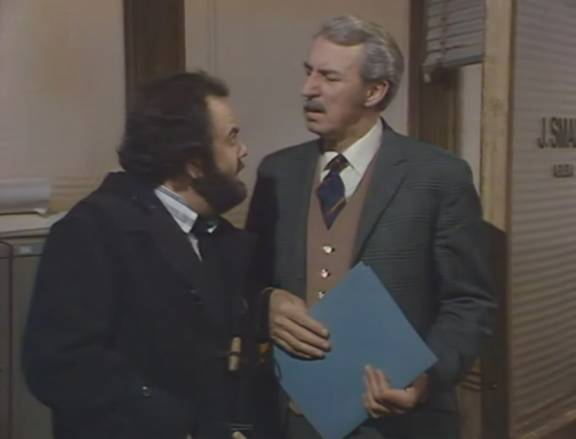 In New Victims, a few months have clearly gone by. Old Tom has moved out and Billy is finding it hard to motivate himself. Having had his plans for the redevelopment spoilt by Billy and Old Tom, Allen has moved on, although his son Peter has arrived home from university.

Meanwhile Mr Small is standing for council as an independent candidate. Franks, as well as running the protection game, has taken over as owner of the amusement arcade and intends to stand for council in direct opposition to Small.

Definitely the start of a new six part story. The Anvil gang seems to be no more, Jacky has aligned himself with Franks and Kenny is now part of the youth club set with Billy and Sarah.

Series: The Siege of Golden Hill Episode 7 (of 12)