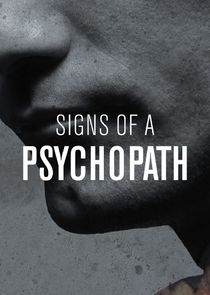 I’m Just a Sick Murderer: An officer responds to a 911 call that was placed by a robber on the run who feels compelled to turn himself in, however when the officer arrives at the scene, the criminal confesses to much more than breaking and entering.

For every sadistic psychopath…there were signs. Charm. Narcissism. Lack of empathy. Impulsiveness. Manipulation. Deception. These traits and others are the telltale Signs of a Psychopath. This harrowing half-hour archive series revisits some of the most brutal killers in modern history, reviewing news footage and the words of the killers themselves to see which terrifying traits each killer exhibited. What are the signs…of evil?