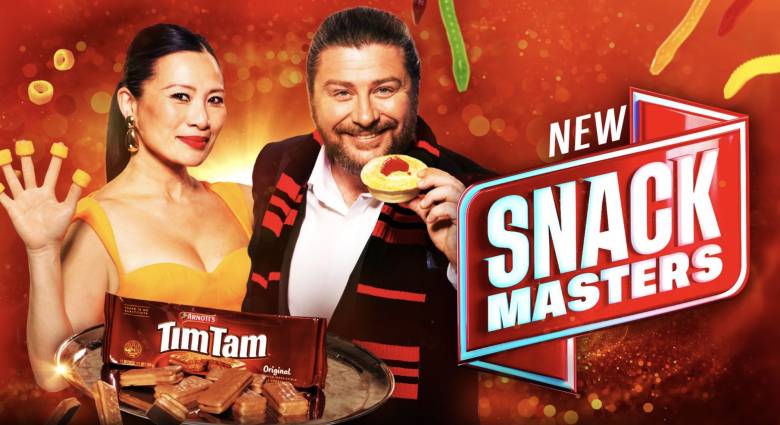 Which chef has the flair to recreate this top-crust pizza to perfection, with its distinctive salty and slightly sweet flavor profile complementing the traditional tomato sauce and cheese combination of a typical pizza?

Two of Adelaide’s top chefs are competing in the Battle of South Australia: Duncan Welgemoed from Africola and rising star Laura Sharrad from Fugazzi.

They must accurately recreate Domino’s pepperoni pizza with a cheesy crust in order to advance to the Snackmasters Semi-Final. Although both chefs are motivated to succeed, Laura is especially focused after placing second twice in the Master Chef competition.

Both Laura and Duncan struggle to determine how long to prove the dough for, what ingredients are in the tomato sauce, where to purchase the distinctive pepperoni, and what cheese is required to top the pizza and fill the crust. It’s a deceptively challenging challenge.

But the Cook Off is where the challenge’s full stress manifests itself. Laura and Duncan struggle to achieve the ideal temperature because neither of them has ever used a conveyor belt oven. Will they be able to deliver their pizzas to the judges? Or have they been broken by this snack?