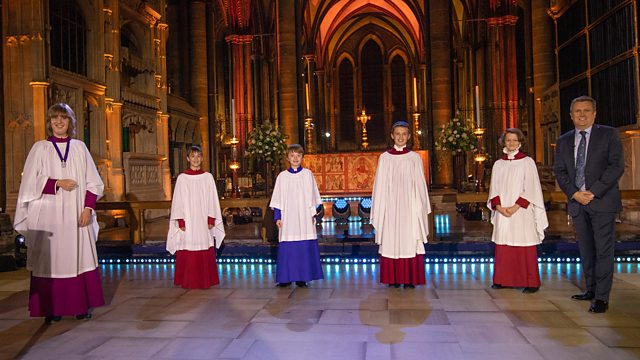 The music featured in the programme includes But Who May Abide from Handel’s Messiah, the Bach/Gounod setting of Ave Maria and Panis Angelicus by Franck.

Two of the choristers sing contemporary works: Chilcott’s Be Thou My Vision and Archer’s My Song Is Love Unknown. Three of the five choristers will be selected to sing in the final on 5 December.

Songs of Praise is a BBC Television religious programme that presents Christian hymns which first aired in October 1961. The first edition was broadcast from the Tabernacle Baptist Church in Cardiff, and the series is one of the longest-running of its kind on television anywhere in the world.