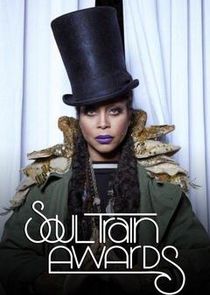 Soul Train Awards 2020: Actor, singer and writer Tisha Campbell ("Martin," "My Wife & Kids," "Last Man Standing," "Outmatched") will once again join actor, singer, and writer Tichina Arnold ("Martin," "Everybody Hates Chris," "The Neighborhood," "The Last Black Man in San Francisco") as host and co-producers of this year’s awards. The iconic best friend duo, both on the 90’s hit show "Martin" and in real-life, will return to the "SOUL TRAIN AWARDS" stage for the third time, bringing their dynamic comedy and infectious personalities to this year’s ceremony.

H.E.R. leads the nominees for this year’s awards, receiving eight nominations including ‘Best R&B/Soul Female Artist’ and double nods in each of the ‘The Ashford and Simpson Songwriters Award,’ ‘Best Collaboration’ and ‘Video of the Year’ categories. She is followed by Chris Brown, who received seven nominations including ‘Album/Mixtape of the Year,’ ‘Song of the Year,’ ‘Best Dance Performance,’ ‘Best Collaboration’ and ‘Video of the Year’ for the hit single "Go Crazy" with Young Thug.

Beyoncé and Young Thug received six nominations, including ‘Song of the Year’ and ‘Video of the Year.’ Other top nominees include Chloe x Halle, Summer Walker and Usher with five nods each, followed by YG with four nominations. Brandy and PJ Morton round out the group with three nods apiece.