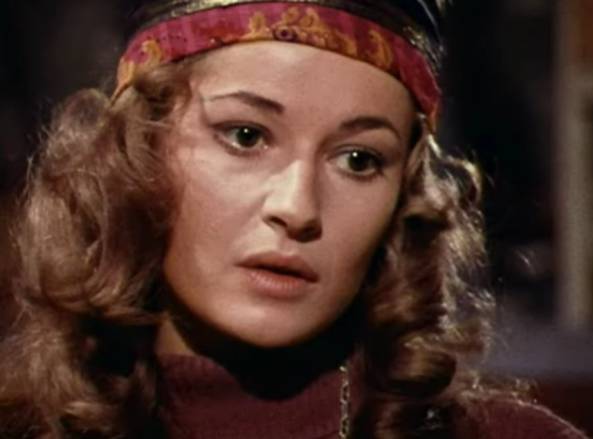 In Threat British actress Sue Arden, now a big Hollywood star, has been making outspoken statements about civil rights. She is back in England for an arts festival run by her one time lover the Honourable James Bancroft, and it’s believed that someone may be out to kill her. Craven and Haggerty are earmarked to be her “shadows”.

The Special Branch pair are sure the whole thing is just a publicity stunt, however a spate of “accidents”, including a fire at the theatre and brake failure on a car Sue and Haggerty are in make them change their mind. The episode tends to peter out somewhat, Bancroft admits that he was behind all the “accidents” in a bid to make Sue stay with him and in the final scene Craven and Haggerty get permission to arrest him. 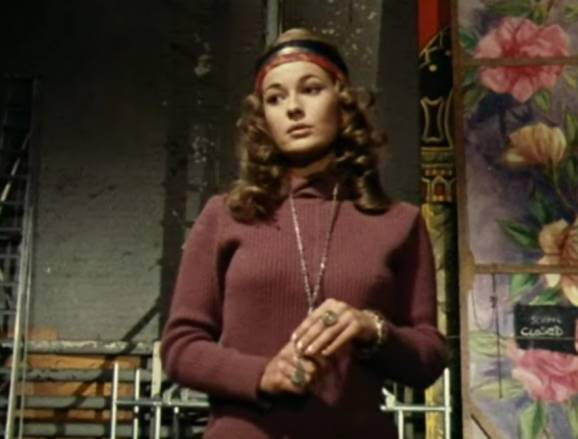 The rather fetching Stephanie Beacham in best Joan Greenwood mode.

The gorgeous Stephanie Beacham plays Sue Arden, she does a fabulous Joan Greenwood impression when she is rehearsing An Ideal Husband.

There are some decidedly dodgy moments, not least the romantic music that plays at various points throughout the episode and especially when it plays over scenes of Sue and Craven getting ready for bed (separate rooms of course).

Guest star Beacham was given a three page feature in that week’s TV Time (2 Jun 73) with complete with pic of her nude scene from The Nightcomers.

Writers Tom Brennand and Roy Bottomley and director William Brayne had worked together several times on Man at the Top. 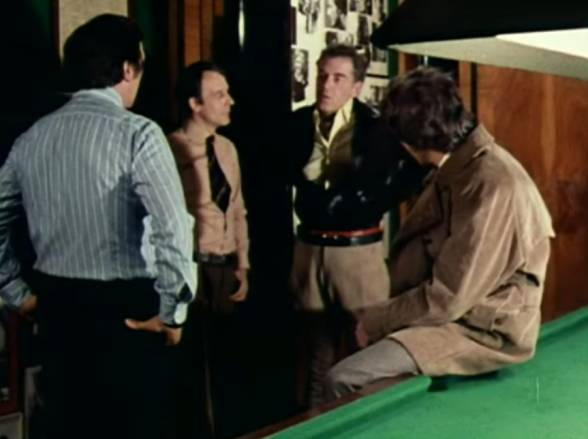 Sgt North gets to show off his snooker playing skills whilst staying at Bancroft’s luxury home.