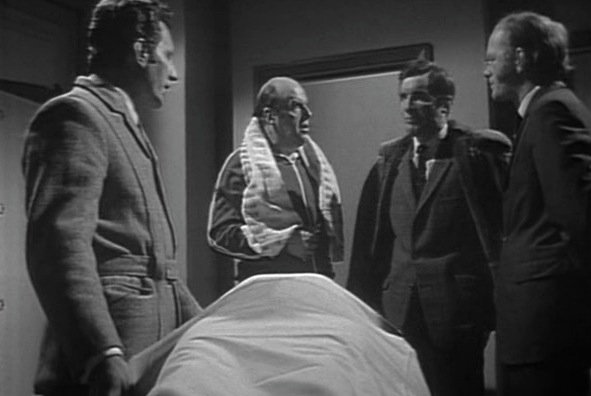 In Spyder Secures a Main Strand, the opening episode of spy drama series Spyder’s Web, Clive Hawksworth, a member of a highly top secret organisation is called into action when one of the three members of an import/export business Exportease (the three are really spies and the business is really just a cover for their activities) is a double agent working for the Russians. Hawkesworth teams up with Charlotte Dean. The pair pose as film makers making a documentary to try and discover who is the traitor.

The series eccentric heart is set out very clearly in this opener. The dynamic bantering between Hawksworth and Dean is a major plus. Hawksworth doesn’t know who the mysterious Spider is that controls the operation but in a nice twist it turns out to be Lottie Dean and the case has been an opportunity for her to vet him (even though he thought it was the other way around.)

There was a strong one page interview with Roy Clarke in the TV Times for the week, he was just in the process of moving into a converted windmill on the Yorkshire moors. This was his first series follow up after he scored a big success with The Misfit (after several years writing one off episodes for shows like The Troubleshooters and Mr Rose) and it was working on that series with producer Dennis Vance that led to his work on this series. Clarke didn’t actually create the series, the original idea came from Richard Harris but he ended playing not actual part in the producing of the series. Clarke said of the series “the plot is standard espionage…. The characters are non-standard.”

This episode was made in colour but now only exists in black and white sadly,.