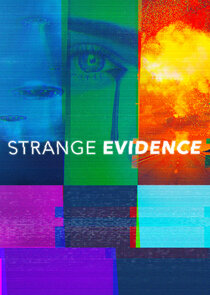 Russian Car Bomb: Experts investigate strange and mysterious occurrences caught on surveillance cameras all over the world, and by analyzing the footage, they seek to find worldly explanations for what appear to be otherworldly circumstances.

Strange Evidence investigates mysteries caught on tape and uncovers the science behind some of the most bizarre occurrences ever recorded.

Worldwide, 300 million surveillance cameras are watching us, on our streets, at work, and in our homes. At times, they capture images that don’t seem to follow the normal laws of physics. This series investigates mysteries caught on tape and uncovers the science behind some of the most bizarre occurrences ever recorded. With a team of experts analyzing footage that seems to defy explanation, including levitating cars on a freeway, a statue that appears to move on its own, and a spontaneous burst of flames with no apparent ignition sources. But will the surveillance footage provide investigators with the evidence they need for a definitive earthly answer?