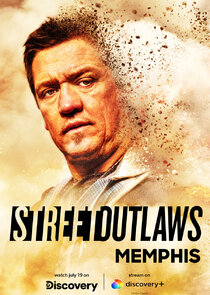 Yolo MF: The Memphis racers visit the Las Vegas desert to participate in a small-tire competition, and the bets only get increasingly larger as the contest moves forward, featuring Precious and Tricia taking on West Coast racers.

In Memphis, it's all for one and one for all, and no one illustrates that sentiment better than JJ Da Boss and his "Team Memphis" crew. Along with his wife Tricia, who is known on the streets as "Midget," and his cousin Precious, also known as the "Queen of the Streets," fast-talking JJ welcomes viewers into his world where racing is all about pride and honor. Team Memphis has few rules, and its members often put their lives on the line for the hustle of the race. They are "trying to beat ya, not cheat ya," and are available whenever a challenger emerges.