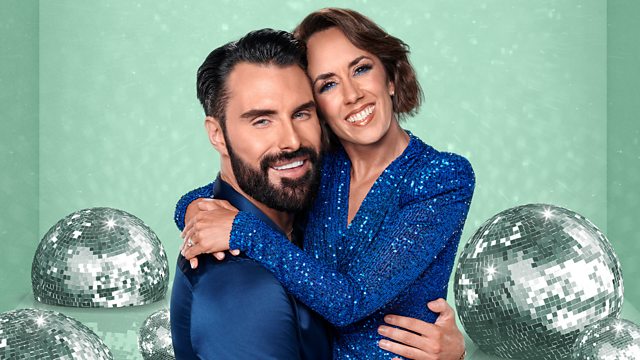 Before the weekend, Rylan receives all the backstage rumours and behind-the-scenes information from Strictly. He is also joined by a group of celebrity super fans to discuss the upcoming dances.

Strictly Come Dancing: It Takes Two, or simply, Strictly: It Takes Two, is a British television programme, the companion show to the popular BBC One programme Strictly Come Dancing. It is broadcast on weeknights during the run of the main show on BBC Two at 6:30pm. Claudia Winkleman originally presented the show, however she left in 2011 and now presents the main show. Since then, the presenter has been previous contestant and finalist on the series Zoë Ball.

Before 2010, BBC Two Scotland did not broadcast the show on Thursdays, when locally produced Gaelic language programming aired in the slot instead, though during the 2008 and 2009 series the Thursday night show was carried as an alternative digital stream via BBC Red Button.

It Takes Two started to broadcast during the second series of the main show, replacing the companion show to the first series, Strictly Come Dancing: On Three, which had been broadcast on the digital channel BBC Three.