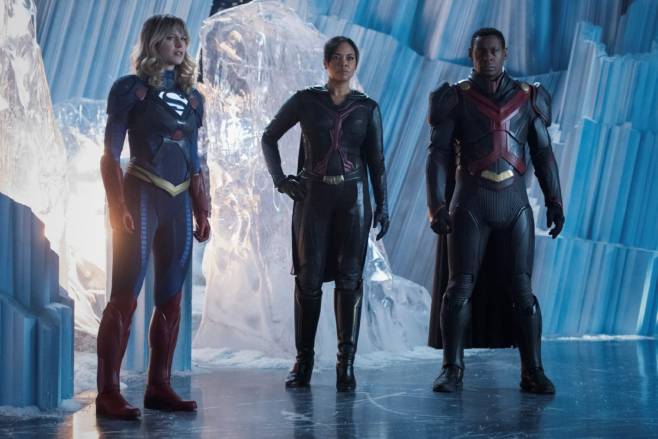 Rebirth: In the season six opener as Braniac (Jesse Rath) lays close to death after trying to stop Lex (Jon Cryer), Supergirl (Melissa Benoist) and team soar in to save him, engaging in an epic battle with Gamenmae (guest start Cara Buono). After beating Leviathan, Supergirl turn sher attention to Lex (Jon Cryer) who has used the Obsidian platform to brainwash half the world to love him and follow him at all costs, no matter what horrible things he does.

Knowing how dangerous this makes her brother, Lena (Katie McGrath) enlists the entire team – Alex (Chyler Leigh), J’onn (David Harewood), Dreamer (Nicole Maines), Kelly (Azie Tesfair) and Braniac – to help, but Supergirl realizes that the only way to truly stop Lex is to sacrifice herself.

Supergirl is an action-adventure drama based on the DC Comics character Kara Zor-El, Superman’s (Kal-El) cousin who, after 12 years of keeping her powers a secret on Earth, decides to finally embrace her superhuman abilities and be the hero she was always meant to be.