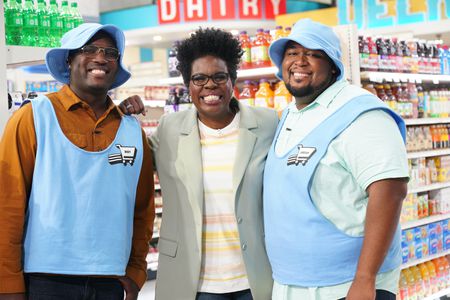 Is He Lost In The Supermarket That’s Not A Real Supermarket?!: Host Leslie Jones returns with a big stash of groceries and more good times as contestants from California show off their skills and compete in the hopes of beating their competition and claiming the coveted grand prize.

This week’s contestants (and their hometowns):

This fast-paced and energetic series follows three teams of two as they battle it out using their grocery shopping skills and knowledge of merchandise to win big cash prizes.