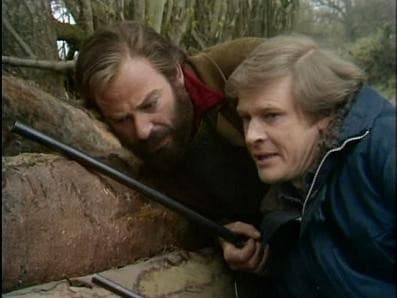 A Friend in Need: Charles and Greg hold a meeting at Whitecross with leaders of nearby settlements to try to come to some co-operative agreements. The event is interrupted by the news that the wife of one of the leaders has been killed by a sniper. It is soon learned that the sniper targets young women and seems to be travelling towards Whitecross. Jenny, bravely volunteers to act as bait to bring the sniper out into the open…