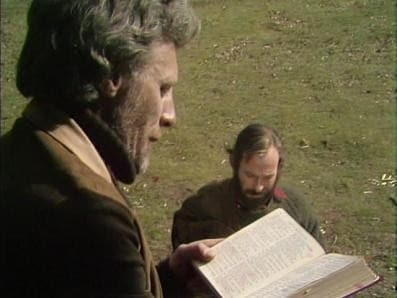 Face of the Tiger: A man called Alistair arrives at Whitecross and considers the possibility of staying there permanently. He hides the fact that he is a convicted child killer because he feels that he is a different person now and has paid the price for his crime. Unfortunately Hubert finds a newspaper clipping belonging to Alistair which details his past. He passes the information on to others. When John goes missing, Alistair is immediately suspected…