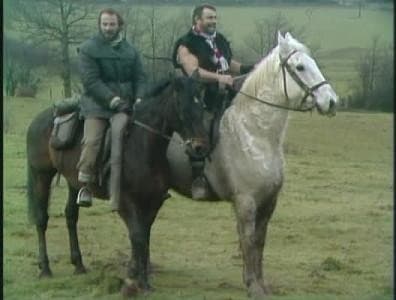 Law of the Jungle: Charles, Hubert and Jenny are reunited with Agnes, who has become separated from Greg. They visit the Walter’s family farm, where Greg and Agnes met Tom Walter and his family some months ago. However, the farm is deserted as Tom’ mother, Edith, and her sons Steve and Owen were driven from it, when Tom was away, by former butcher Brod, to a camp by a railway line. Charles, Jenny, Agnes and Hubert are captured and taken there as well. Brod has special plans for Jenny and sees Charles as a threat to his position…