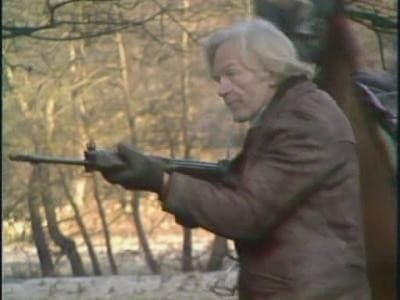 Mad Dog: Charles searches alone for Tom Walter and has a dangerous encounter with a dog pack. He is rescued by a man called Fenton, who Charles then travels with back to his halfway house. The next morning Charles discovers that Fenton has contracted rabies. Securing Fenton he goes to a nearby village for help. Charles returns with two men, Sanders and Jim. They are attacked by Fenton and Charles is forced to kill him. However, the men believe that Charles may have the infection too so try to execute him. Charles flees into the countryside and a hunt begins…

Of the regular cast, only Charles (Denis Lill), appears in this episode.