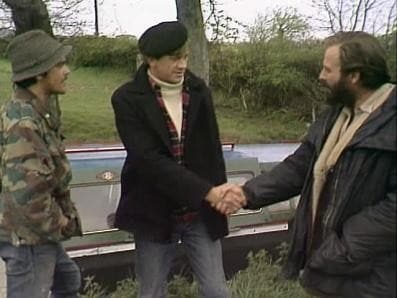 Parasites: Mina befriends a man called John Millen and arranges to meet him at Whitecross at a later date. When John fails to arrive and two other men come to the settlement on his barge (one of them wearing John’s hat) Mina fears the worst. Charles and Greg welcome the men, Kane and Grice, but also have misgivings about their intentions. Pet is suspicious too, as she recognises Kane from before ‘the death’…