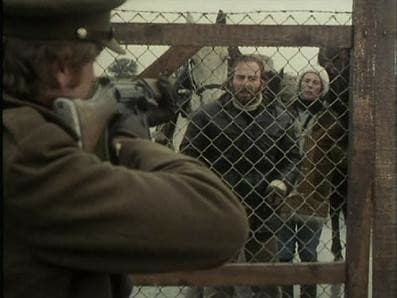 The Chosen: Charles and Pet are returning from a salt collecting expedition when they meet two other travellers who become very ill. They take them to a nearby settlement in an old army camp. The community there is run like a police state where eugenics, euthansia and religious fervour all hold sway. The people there are led by a charismatic man called Max Kershaw and his second in command Joy Dunn. Pet is fearful that they may not be allowed to leave, whilst Charles is summoned to speak to the community’s council…