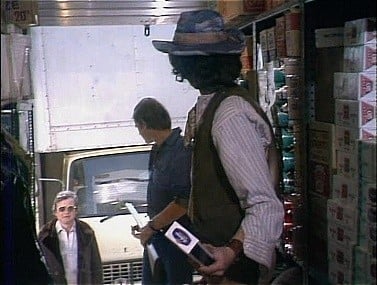 The Future Hour: A pregnant young woman called Laura arrives at the grange, seeking shelter from her partner, a man called Huxley, who wants her back but doesn’t want her unborn child. Abby and Greg argue as to whether she should be allowed to stay. When John and Lizzie unknowingly give away the fact that Laura is staying at the grange, Huxley embarks on a series of reprisals until the community agrees to give up Laura to him….