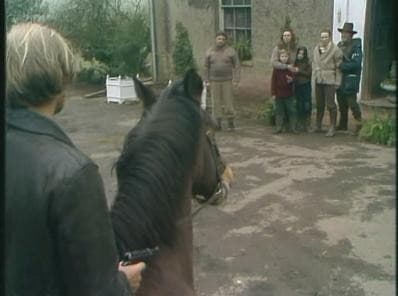 The Last Laugh: Greg is looking for a Dr.Adams who he thinks is being held captive. He is attacked by four men who steal all his notes on the settlements he has visited. He survives the encounter but runs into further danger when he finds Dr.Adams, who has contracted smallpox. Greg must now wait until the incubation period is over to see if he has contracted the disease…