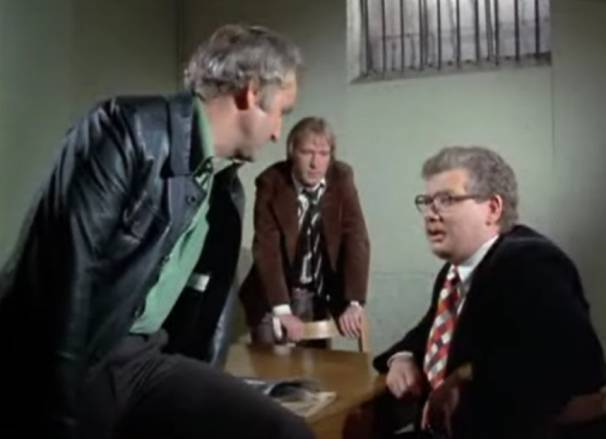 In Jack or Knave, the final episode of the entire series, the Squad are on the trail of a gang of vicious armed robbers who are not afraid to use the “shooters” they carry.

Meanwhile an old allegation of corruption in 1968 is revived following a newspaper article and it threatens to derail Jack’s career for good. He is charged with conspiracy to pervert the course of justice and taking a bribe to ensure an acquittal.

On top of that Detective Chief Superintendent Canning who Regan worked with years before puts in a complaint against Regan of insolence and indiscipline. Regan and Canning worked together at the time of the complaint and Jack is convinced Canning is out to get him for some reason.

The thing about Jack all along though is that despite not always doing things by the book (let’s face seldom doing things by the book) he would never take a bribe – he hates villains far too much for that. With Jack suspended from duty it’s up to George to save the day. It quickly becomes obvious that it was Regan’s now dead former boss that was up to good and the charges are dropped.

It’s an excellent final episode and with something of a sense of closure too. For Jack this is the final straw. After having told Haskins exactly how he feels Jack walks out of the squad. Out on the pavement George tries to persuade him to go for a drink but Jack makes it plain that he needs time away to think. As Regan leaves in a taxi Haskins joins George outside. “He’ll be back,” he says “He needs the job like an alcoholic needs booze.” George isn’t convinced.

classic quote
“I’m gonna have to be reinstated and what do you bunch of bleedin’ double eyed hypocrites want now. You want me to crawl back to work and be terribly grateful that I didn’t get nicked for something I didn’t do. Well you can stuff it.” 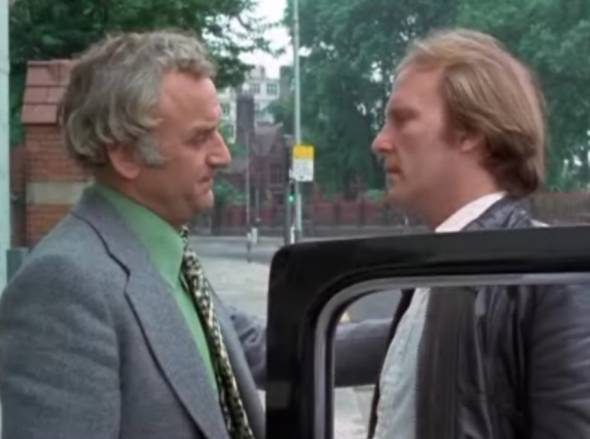 Jack has finally reached the end of the line…