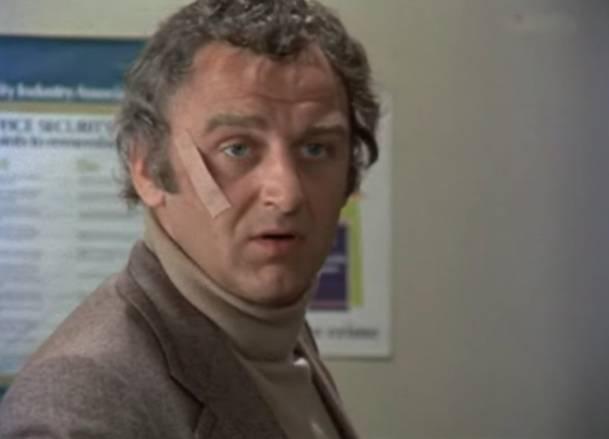 In Jackpot, The Sweeney have caught a group of armed robbers in the act but a bag with £35,000 worth of money in it goes missing. When the press get hold of the news it’s bad for The Sweeney with noises of corruption and theft by the Police themselves raising their head. Luckily the raid was filmed by the film themselves. However, even though Regan saw him do it, there doesn’t seem to be any footage of where the bag, thrown over a fence by chief villain Biggleswade, actually landed.

George investigates further and is convinced that Biggleswade knew exactly what he was doing when he got rid of the bag.

Meanwhile Chief Superintendent Maynon is not pleased about the way Jack has handled the case and wants him investigated. Morris Perry, who plays Manyon, was a regular on fellow Thames series Special Branch.

It’s a somewhat strange episode that revolves around the filming of the raid, which even though was only filmed by one of the coppers (on what looks to be one step above super 8), seems to have managed to cover all the angles of the fight apart from the one vital shot. Although later inspection by Carter does reveal just what direction the bag was thrown in.

Ed Deveareaux divided his time between Australia and the UK for much of his career. He is probably best known for his role in the iconic series Skippy. 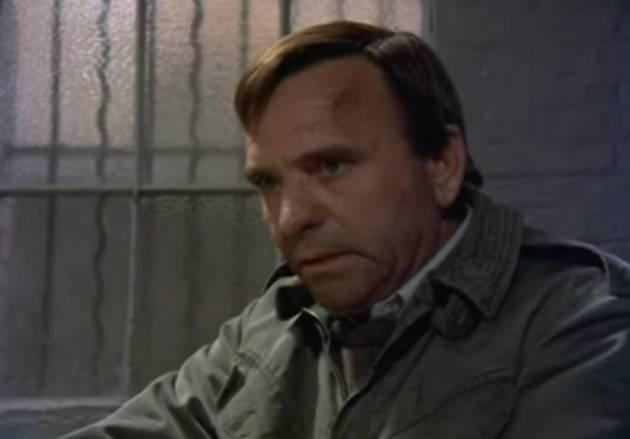