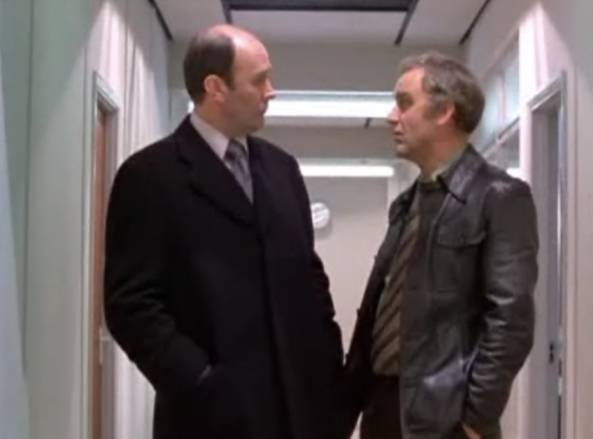 In Victims the Squad are hot on the trail of a villain called Jimmy Swann who has shot and badly injured a policeman. Swann’s girlfriend Eve Fisher tells Regan that the cop involved was himself crooked and was putting pressure on Swann. The team track him down to an abandoned factory where a siege quickly develops.

There is a very strong secondary plot involving Frank Haskins’ wife Doreen who has gone missing. Frank has no idea where she has gone but we know she has suffered some sort of breakdown after the death of her mother and has returned to the home where she and Frank were first married and has also been seen in the area acting strange, pushing a doll around in a pram.

A melancholic episode as the show nears the end of it’s run. Frank is seriously considering putting his papers in and retiring. He’s convinced it’s Doreen’s hatred of the force that has tipped her over the edge. Regan shows his compassionate side and is the one who actually tracks Doreen down. 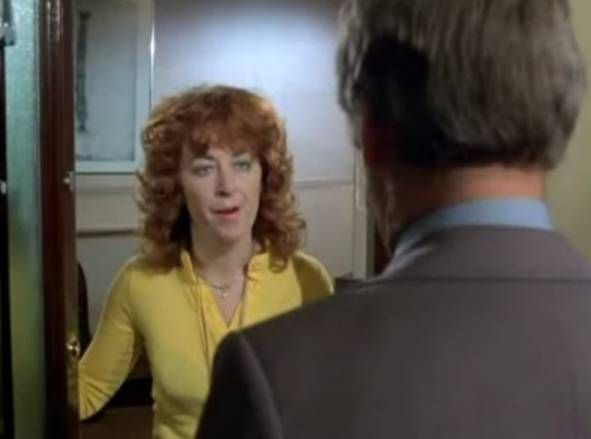 Writer Lynda La Plante in the days when she was acting as Lynda Marchel.