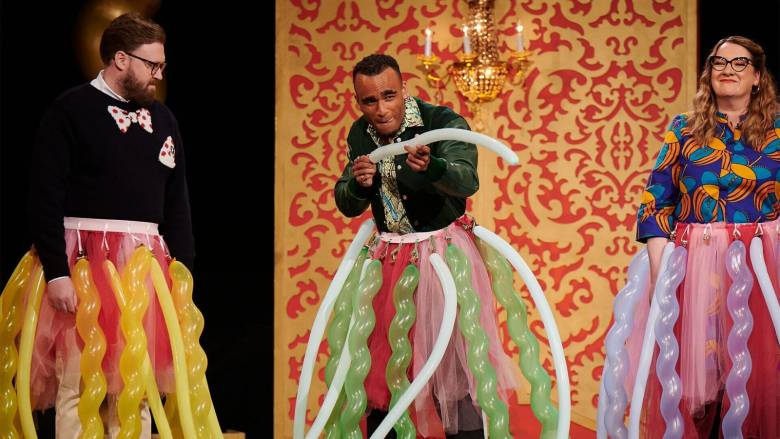 Tonight, Thursday 1st December 2022, the episode Did I Meet These Potatoes Before? airs at 21:00 on Channel 4.

It’s time for the Taskmaster grand final after nine episodes of tense, competitive action. Which of the five contestants, however, will hoist Greg Davies’s gold-sprayed head in triumph?

That may be contingent upon John Kearns locating a grape, Sarah Millican’s scissors, and a precise description of Dara Briain’s eye color.

Greg Davies is the Taskmaster, and with the help of his ever-loyal assistant Alex Horne, they will set out to test the wiles, wit, wisdom and skills of fivecelebrity contestants. At the end of the series, who will be crowned the Taskmaster champion?