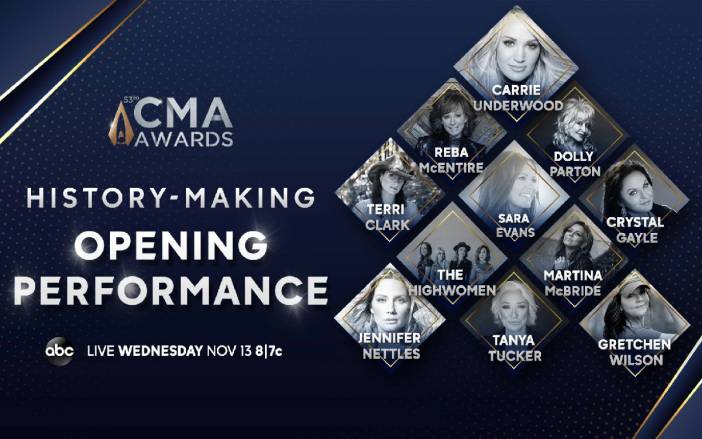 Nine-time CMA Awards winner Parton will welcome for KING & COUNTRY and Williams to the CMA Awards stage for the first time ever to perform an inspirational gospel medley of “God Only Knows,” “There Was Jesus” and Parton’s not-yet-released new song, “Faith.” In an epic collaboration, Stapleton, a three-time nominee this year, will join P!nk to perform their duet, “Love Me Anyway.”

Additional performers and presenters will be revealed in the coming weeks.

“The 53rd Annual CMA Awards” is a production of the Country Music Association. Robert Deaton is the executive producer, Alex Rudzinski is the director, and David Wild is the head writer.