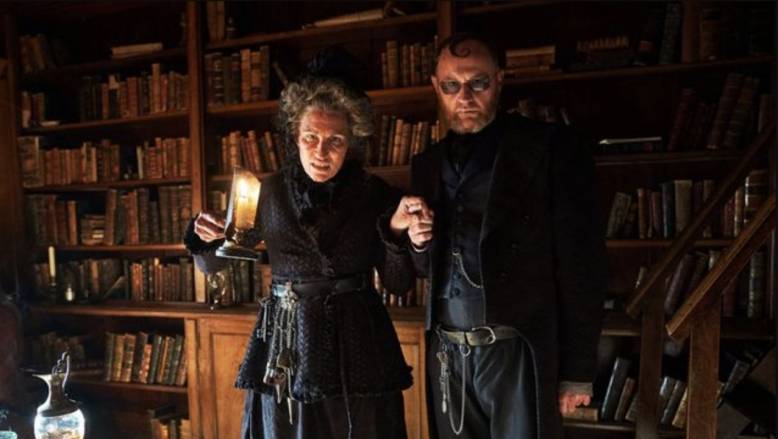 Christmas adventure arrives for London teenagers Jamie and Lucy Allen in the form of a mysterious old man, Mr Blunden offers their mum the opportunity to become the caretaker of a ruined country house – one that’s said to be haunted.

Within its neglected, overgrown grounds, Jamie and Lucy have an encounter with what appears to two ghosts of children. Fantasy, starring Simon Callow, Tsion Habte, Jason Rennie,Tamsin Greig and Mark Gatiss

The Amazing Mr Blunden is adapted from the novel ‘The Ghosts’ by Antonia Barber and the 1972 film of the same name. It was commissioned by Zai Bennett, Managing Director of Content for Sky UK and Ireland and Jon Mountague, Sky Studios’ Director of Comedy. Produced by Richelle Wilder and Isibeal Ballance, directed and written by Mark Gatiss, the show is executive produced by Adorable Media, Can Do Productions, Handmade Films and Jon Mountague for Sky Studios. NBCUniversal Global Distribution will handle international sales of the film on behalf of Sky Studios.