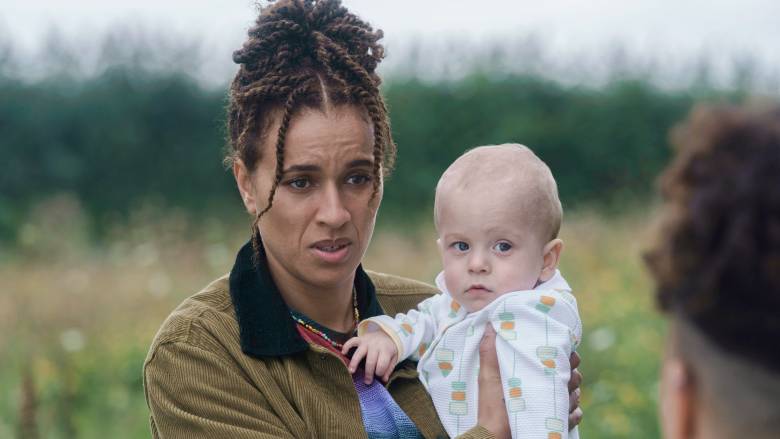 The Baby is a darkly funny, raw examination of motherhood, from the perspective of a woman who doesn’t want to be one.
Michelle De Swarte (The Duchess) stars as 38-year- old Natasha, who is furious that her closest friends are all having babies. But when she is unexpectedly landed with a baby of her own, her life dramatically implodes. Controlling, manipulative but incredibly cute, the baby twists Natasha’s life into a surreal horror show.

As she discovers the true extent of the Baby’s deadly nature, Natasha makes increasingly desperate attempts to get rid of it. She doesn’t want a baby. But the baby definitely wants her.

In the opening episodes, A dejected Natasha heads to a remote cabin to get her head straight after another friend makes a surprise pregnancy announcement, only to be confronted by exactly what she sought to get away from: a baby.

Then, Inexplicably reunited with the baby, Natasha scrambles to locate his mother and uncovers an alarming pattern of events on a thumb drive; after her friends confuse the situation further, Natasha reaches out to her estranged sister, Bobbi.