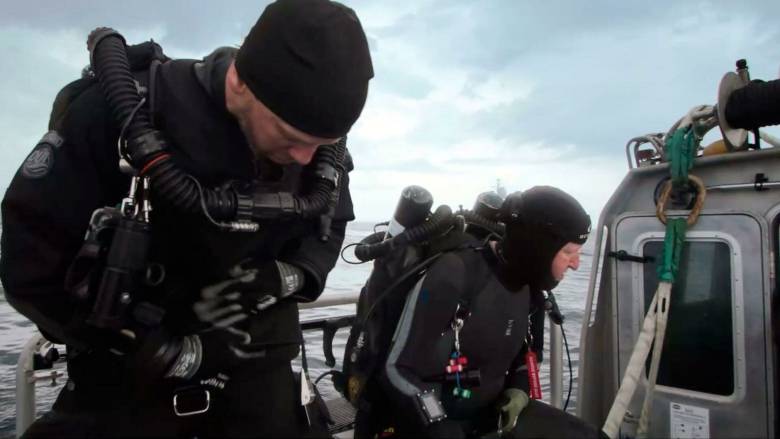 Today Tuesday December 6, 2022, the show The Bermuda Triangle: Into Cursed Waters airs a new episode called Holes in the Ocean.

The team looks for the remnants of a pirate ship fleet that abruptly vanished in the Bermuda Triangle and appeared to have been absorbed by the sea.

Could the origin of these ship-sinking whirlpools be a geological anomaly?

Their investigation takes them literally to the bottom of a rumored, potentially fatal sinkhole in the middle of the ocean, but what they discover there may prove to be beyond all mystery.

The Bermuda Triangle is the most notorious stretch of ocean in history, evoking fear and endless fascination. Bounded by Florida, Bermuda and Puerto Rico, these waters have swallowed countless ships and planes and their crews—some vanishing without a trace.