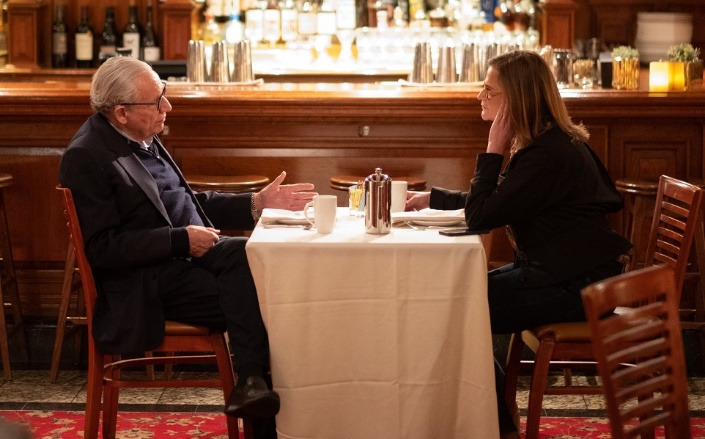 The Circus: Inside The Greatest Political Show on Earth this Sunday has a special one-hour episode exploring the historic midterm elections in which Democrats defied expectations by fending off a Republican red wave. The episode will wrap up the show’s seventh season.

Errin Haines, editor-at-large for The 19th, and Tim Miller, writer-at-large for The Bulwark, join hosts John Heilemann, Mark McKinnon, and Jennifer Palmieri to discuss a whirlwind election week. The programme examines what the election revealed about America and how it will affect Washington, Donald Trump, and the Republican Party. The programme travelled across the country to capture the closing arguments from both sides and an election night that shocked the country.

Episode includes:
THE CIRCUS is on the ground in key battleground states – including Georgia, Pennsylvania, Arizona, Michigan, New Hampshire and Ohio – to talk to candidates and voters on both sides of the aisle.
Behind the scenes access with DCCC Chair Rep. Sean Patrick Maloney on Election Day, as he fights to defend his seat and the Democratic majority in the House.
Inside Trump’s final election eve rally with J.D. Vance in Ohio, as the former president delivers his most definitive statement yet on a 2024 campaign.
Democratic Governor Gretchen Whitmer’s closing argument for her re-election and the ballot initiative to protect abortion rights in Michigan.
In Georgia, Stacey Abrams on her grassroots efforts to flip her state blue.
Democratic Senator Michael Bennet on his strategy to fend off his Republican challenger in Colorado.
Democratic Ohio Senate nominee Rep. Tim Ryan on his bid to win in a Republican leaning state.
Democratic Rep. Abigail Spanberger as she canvasses in Virginia hours before the polls close.
Bob Woodward on Donald Trump’s influence over the Republican Party after a disappointing election night.

Come one, come all to The Circus. This documentary series pulls back the curtain on the Trump era of presidential politics, revealing the intense, inspiring and infuriating stories behind the headlines. Key characters and events are presented in real time, as they are happening. The Circus is a non-partisan, never-before-attempted take on one of the most fascinating and consequential political periods in modern American history.