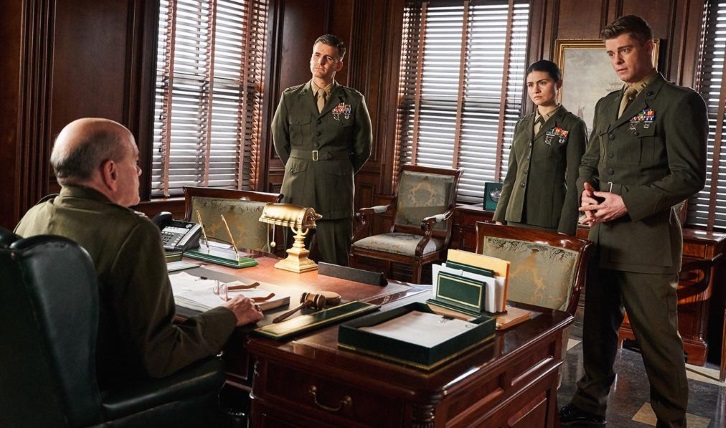 Secret Squirrel: When a Marine is accused of helping a terrorist escape from Guantanamo Bay, Abe and Harper believe that they have an open-and-shut case until they are mysteriously denied access to key evidence without explanation. Also, Trey and Maya attempt to get Rami reassigned back to their office.

On Fire: After Torres and Bishop are victims of a hit-and-run, Torres fights for his life in the ICU. REGULAR...

$50,000 Champs Challenge: Part 2 – The returning champs find a diabolical set of ingredients in their first basket, then...