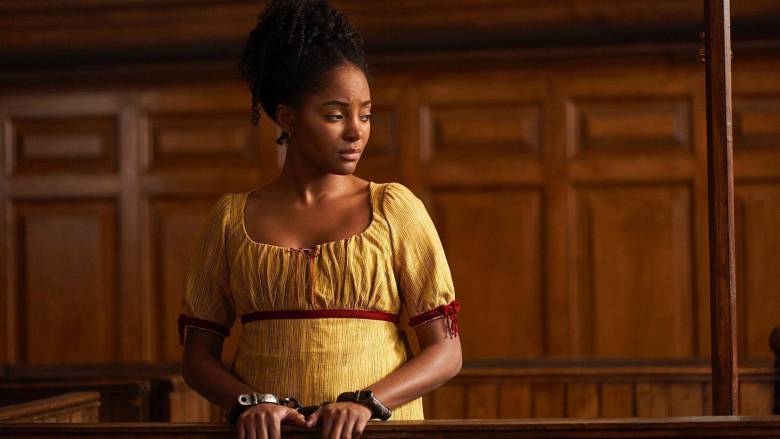 Frannie is in court. The startling truths regarding the murders of the Benhams, Langton’s experiments, and Frannie’s past are made public.

Set against the opulence of Georgian London, The Confessions of Frannie Langton, narrates Frannie’s journey from a Jamaican plantation to the grand Mayfair mansion of celebrated scientist George Benham and his exquisitely beautiful wife, Madame Marguerite Benham.

In a misguided and monstrous gesture Frannie is gifted to Benham by the man who owns her, John Langton, and she is employed as a maid in the household much to her chagrin. Events take a fateful turn as the Benhams are found murdered in their beds, with Frannie lying next to Marguerite. Frannie is accused of murder; a murder she has no recollection of, other than she couldn’t possibly have killed her mistress because she was devoted to her. Dragged away to prison, Frannie attempts to piece together the events of that night.  She is deep into a laudanum addiction and unable to recall what happened.

Will Frannie recall the haunting events of that night?  All she knows is she loved Marguerite passionately and cannot believe she would have hurt her. But if not Frannie, who did commit the double murder? Others have motive, but only Frannie is accused and she will hang if found guilty. What hope does she have of clearing her name?