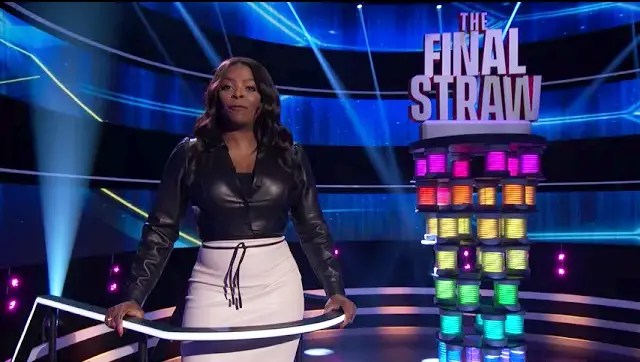 Any Pull Can Be Your Last: After facing the tropics stack in the first round, a mother and daughter are there to enforce the law and attempt to defeat a married couple. A couple believes they have what it takes to prevail in round two when they compete not only against the supermarket stack but also against two athletic friends. The winners of each round compete against the candy stack to earn a chance to play The Mega Stack and win the $250,000 top prize.

In The Final Straw the stakes are high as four teams of colorful contestants face off to combat tremendous tipping towers. Each life-sized themed tower is chock full of various objects ranging from basketballs to small kitchen appliances as contestants try to successfully pull items from the stack without tipping it over in order to earn prizes. If the tower falls, the team is eliminated and the last team standing will compete against The Mega Stack, an epic battle of physics where the odds are literally stacked against them, in hopes of winning a life-changing grand prize.