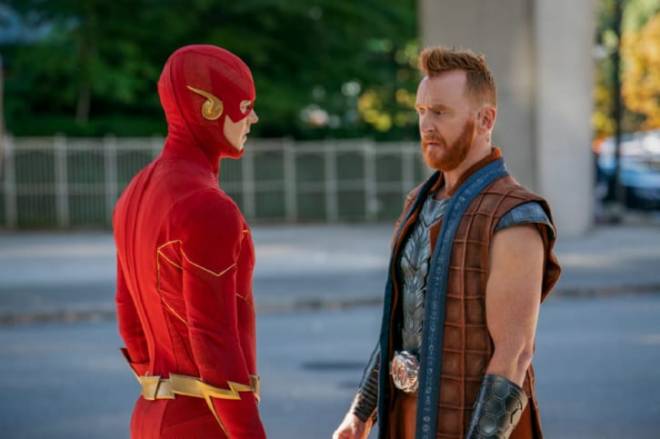 Armageddon, Part 2: Despero (guest star Tony Curran) warns The Flash (Grant Gustin) that great tragedies will befall the speedster and cause him to lose his mind. Once that happens, Armageddon will begin.

Determined to prove Despero wrong, Barry doubles down on proving his innocence but a devastating revelation from Iris (Candice Patton) pushes him to the edge and sends him to seek counsel from Black Lightning (guest star Cress Williams).