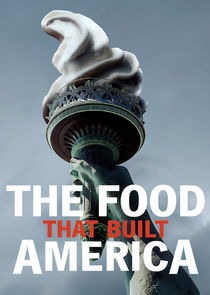 A Game of Chicken: In the 1970's, Ray Kroc is far ahead of the competition. But when a burger chain claiming to be king poaches his third-highest ranking executive, Don Smith, it's war. Smith re-engineers the emerging rival, using the best ideas of his former franchise to modernize the brand. In an unprecedented move, Ray Kroc brings on a world renowned chef to develop the chicken nugget, breakfast, and try to crush the would-be king once and for all.

For generations of Americans, food titans like Henry Heinz, Milton Hershey, John and Will Kellogg, C.W. Post and the McDonald brothers have literally been household names, but you don't know their stories. Before they were brand names, they were brilliant, sometimes ruthless, visionaries who revolutionized food and changed the landscape of America forever. This miniseries event will tell the fascinating stories of the people behind the food that built America – those who used brains, muscle, blood, sweat and tears to get to America's heart through its stomach, and along the way built cities, invented new technologies and helped win wars.