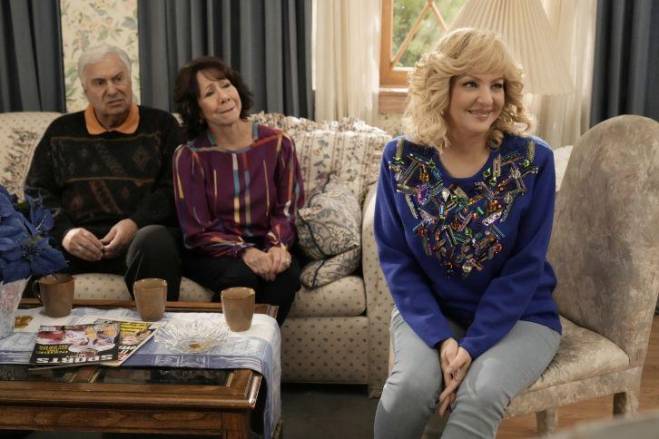 When Erica purchases a holiday-themed baby toy, Beverly turns into the Grinch and tries to rob Christmas. Adam learns some unexpected details about Brea in the meantime, and the JTP throws their first holiday gathering.

“Worst Grinch Ever” was written by Vanessa McCarthy and directed by Lew Schneider.

Before there were parenting blogs, trophies for showing up and peanut allergies, there was a simpler time called the ’80s. For geeky and movie obsessed youngest child Adam, these were his wonder years, and he faced them armed with a video camera to capture all the crazy. The Goldbergs are a loving family like any other — just with a lot more yelling. Mom Beverly is a classic "smother," an overbearing, overprotective matriarch who loves her delicious kids, but still rules this brood with 100% authority and zero sense of boundaries. Dad Murray is gruff and sometimes oblivious, parenting with half his attention span but all his heart. Sister Erica is popular and terrifying, doing her best to cover up that she’s the smartest of the clan. Barry is a passionate dreamer, who maybe dreams a little too big and who always gets the short end of the stick. Adam is the youngest, a camera-wielding future director who’s navigating first love, and growing up with his family. Rounding out the family is beloved grandfather Al "Pops" Solomon, the wild man of the clan, a shameless Don Juan who’s learning as much from his family as he teaches them.