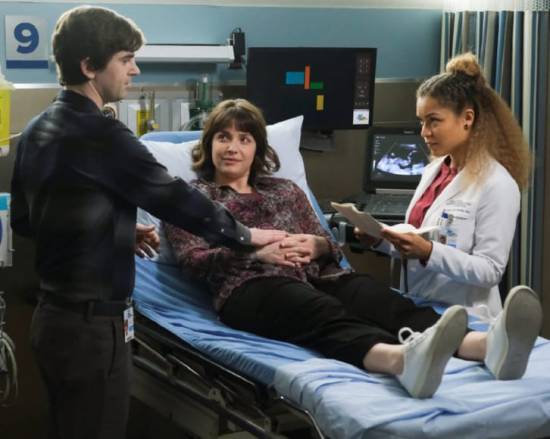 Dr. Ted: Shaun struggles with his role as Lea’s partner after complications arise with the pregnancy and his instincts as a medical professional kick in. Meanwhile, Dr. Park, Dr. Andrews and Asher disagree on how to address an elderly patient’s wishes.

“Dr. Ted” was written by Patti Carr and Sam Chanse, and directed by Anne Renton.

Shaun Murphy, a young surgeon with autism and savant syndrome, relocates from a quiet country life to join a prestigious hospital's surgical unit. Alone in the world and unable to personally connect with those around him, Shaun uses his extraordinary medical gifts to save lives and challenge the skepticism of his colleagues.