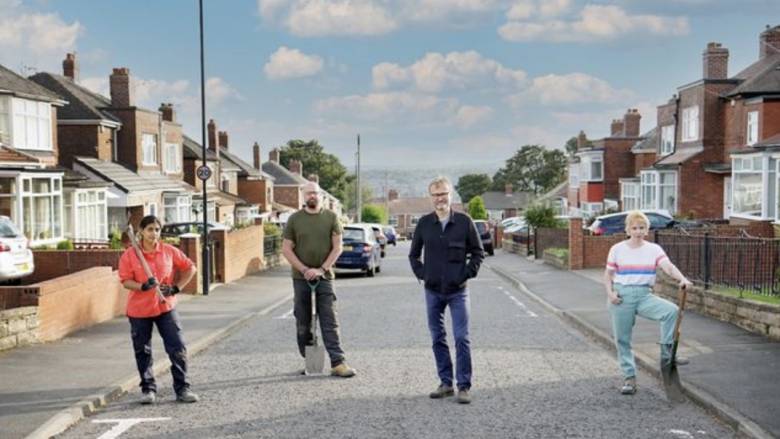 The new series of The Great British Dig continues, uncovering even more history hidden in our back gardens. Hugh Dennis and an expert team of archaeologists excavate the gardens of Britain, in an attempt to uncover lost history buried beneath our lawns and flowerbeds.

With the help of local residents, the team uncover mysteries that stretch over four millennia of time – from Bronze Age settlements and a lost Tudor Hall, to a Roman Fort and a World War II prisoner of war camp – and much, much more, as they reveal the exciting discoveries hidden underneath the petunias.

In this episode, Hugh and the team search for the remains of a Norman motte and bailey castle in the suburb of West Derby in Liverpool. Over 900 years ago this impressive fortress would have been home to Norman lords, but now it is just a memory, with only the local street names hinting at its existence. The moat was the key to the castle’s defence and the team want to find it and work out it’s true size and scale.

With the help of the local community, the team uncover all kinds of finds in the residents’ gardens and dig a supersized trench on the village green. And as part of his investigation into how the castle would have been defended, Hugh brushes up on his crossbow skills…