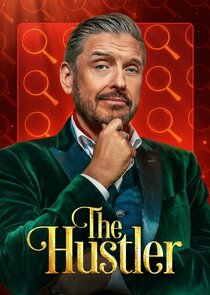 "The Most Diabolical Game on Television: The Hustler" returns as five new competitors join host Craig Ferguson in this mind-bending and enigmatic game show where the famed television series "The Sopranos" and mega superstar Lady Gaga are clues to discovering The Hustler.