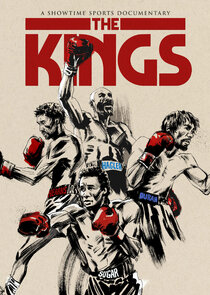 Part Two: Flesh & Blood – Gentle giant Tommy Hearns represents Detroit's hopes and dreams and after a devastating title fight, he's crowned champion. In the aftermath of the presidential election, Ray Leonard again challenges Roberto Duran, leading to one of the most notorious endings in fight history. Meanwhile Marvin Hagler is given a second chance at glory, but a riot breaks out in England after his victory over the local champion. The stars now align for one of the greatest fights of all time: Leonard vs Hearns. Few could have predicted how the day would go down.

A four-part series showcasing four champions who ushered in a boxing renaissance. As the recession of the late 70s gave way to the capitalism of the 80s, the underrepresented yearned for someone to fight for them. Amidst this backdrop, Roberto Duran, Marvelous Marvin Hagler, Thomas Hearns and Sugar Ray Leonard became the people's champions and revitalized the sport of boxing. Through in-depth interviews and archival footage, the series showcases their incredible achievements in the ring as well as their personal battles outside of it.