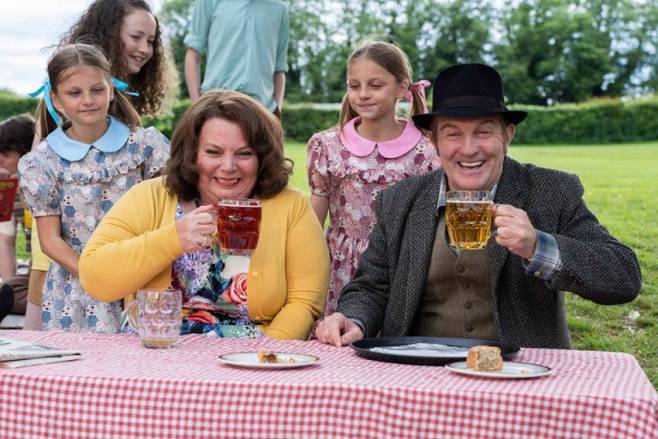 Vengeance Ma receives assistance from others to plan her own sting operation after Norma admits to Ma that Pop was set up by the Jerebohms.

Revenge, they say, is a dish best served cold, so it’s time for the Vicar, Alec Norman, and the Jerebohms to get their just desserts.

In the idyllic and beautiful Kent countryside, known as the Garden of England, The Larkins have a achieved a small patch of paradise where nothing is wasted and they enjoy life to the full.

There’s an overwhelming sense of plenty in their lives and a lot of joy and raucous laughter, as Ma Larkin provides a seemingly endless supply of delicious, hearty meals.  And no matter what time of day, The Larkins and their guests aren’t averse to enjoying the odd cocktail or two!

The Larkins are fundamentally good-hearted people who are always happy to share what they have with others, despite the fact that what they have is sometimes obtained by unusual means!  In a rather mean-spirited way their good heartedness is not always shared by certain members of the local community.

From government officials and snobbish second homeowners to aggressive urban developers, the Larkins often deal with threats to their idyllic way of life – but they never take things lying down.