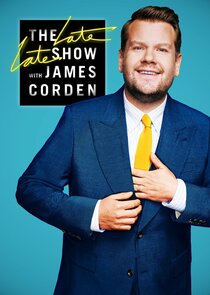 Watch The Late Late Show with James Corden on CBS.