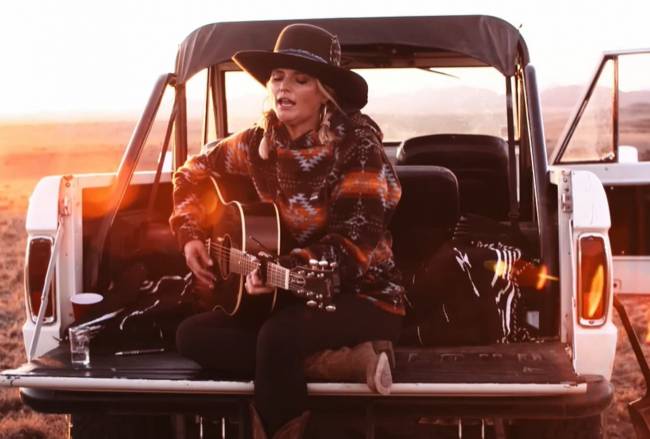 The Marfa Tapes: Jack Ingram, Miranda Lambert, and Jon Randall will give fans a behind-the-scenes look at the development of their 2021 album, which has just been nominated for Best Country Album at the 64th annual GRAMMY Awards.

The documentary film will premiere on Paramount+ on Sunday, February 20th, after a Saturday, February 19th, 11.00am broadcast on FOXTEL’s Country Music Channel Australia.

Marfa, a little dot on the map, is an odd outpost in the middle of nowhere, the ideal location to lose—or find—yourself. It’s both for Lambert, Randall, and Ingram. The isolated site has become a songwriting sanctuary for the group for more than a decade, delivering both major singles and profound psychological growth.

The Marfa Tapes: Jack Ingram, Miranda Lambert, and Jon Randall is a beautiful work of aural verité, an intimate, unadorned image of a moment in time fuelled by love, trust, and friendship, recorded raw and loose with just a pair of microphones and acoustic guitars.

The group recorded much of the album outside, allowing the desert’s ambient sounds to permeate into their live, stripped-down performances, and the result is totally entrancing. The end product is an unfiltered, frank glimpse at Lambert, Randall, and Ingram’s unmistakable chemistry in its simplest form.