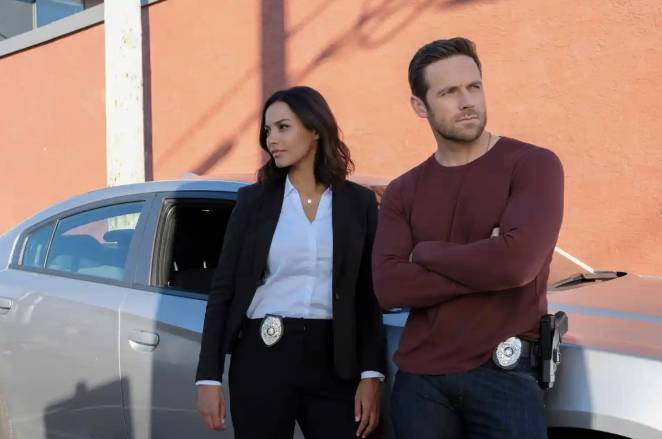 Canadian crime drama The Murders is now streaming in Australia on Acorn TV.

The daughter of city councillor Rita Gallo (Venus Terzo, Arrow) and the late Anthony Jameson, a highly esteemed Vancouver police officer who was killed in the line of duty two years ago, is Detective Kate Jameson (Jessica Lucas, The Resident). Kate only wants to be a good cop like her father because she has a strong desire to fight for justice. She’s determined to establish herself in Homicide, the most coveted position at the MPD.

But when Kate violates the cardinal rule of law enforcement—never leave your gun unattended—everything goes horribly wrong. At the urging of a senior officer, Kate makes an agonising moral decision and decides not to report it when she discovers that her police car has been broken into and that her gun has been taken. When a fellow officer is killed as a direct result of Kate’s stolen weapon, this omissional lie has tragic results.

Her ongoing investigations will be troubled by the betrayal of her police obligations and moral principles, which will be difficult for a woman who was raised to value honour, service, and integrity.

Driven Kate, who is haunted by her fatal error, will work tirelessly to solve every case, even the one involving a sinister killer who seems especially interested in Detective Jameson.