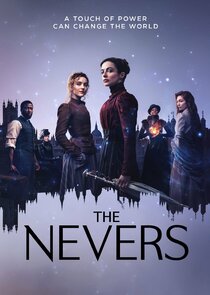 Exposure: With the city reeling from Maladie's opera debut, Mundi takes a personal stake in tracking her down, while Amalia launches an investigation of her own. Meanwhile, the charitable Lavinia Bidlow seeks to destigmatize the Touched at a society event, Hugo Swann enlists Lavinia's younger brother Augie to help monetize his illicit enterprise, and a deranged doctor conducts a series of experiments.

August, 1896. Victorian London is rocked to its foundations by a supernatural event which gives certain people – mostly women – abnormal abilities, from the wondrous to the disturbing. But no matter their particular "turns," all who belong to this new underclass are in grave danger. It falls to mysterious, quick-fisted widow Amalia True and brilliant young inventor Penance Adair to protect and shelter these gifted "orphans." To do so, they will have to face the brutal forces determined to annihilate their kind.