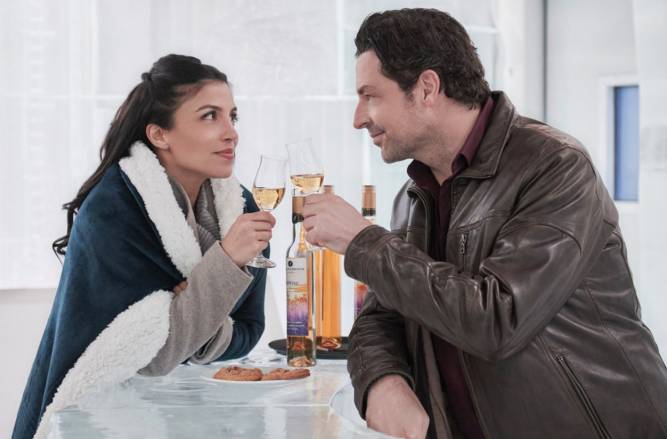 The movie was shot on location at the prestigiouis Pellar Estates Winery in Ontario, Canada. Influential and anonymous food and wine critic Christina (Contractor) finds herself at a winery she panned in the past. She hopes to leave before anyone finds out who she is, but she instead slips on ice and hits her head. The Hollingbrook family, led by single father Michael (Elliott) graciously takes Christina in while she recovers and tries to jog her memory.