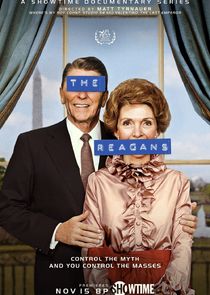 Part 1 – the Hollywood Myth Machine: The rise of Ronald Reagan from liberal movie star to an unlikely conservative politician who shocked the nation by capturing the governorship of the largest state. Closely examining American myths and the myth-making so expertly exploited by the Reagans to seize power, episode one also looks at the ruthless rise of the corporate political right, which led Reagan to become an evangelist for small government.