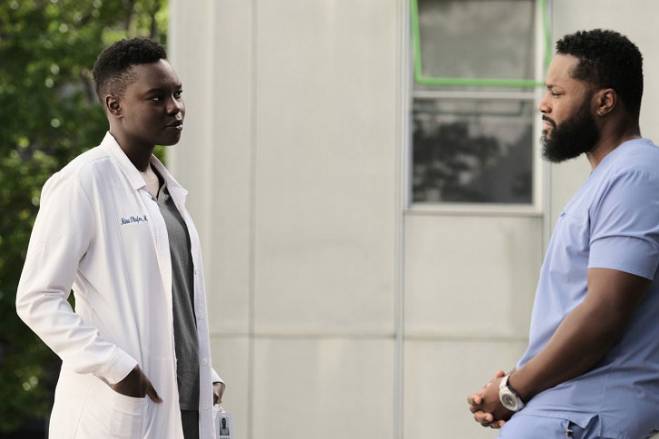 Mina’s Kangaroo Court: When Cain’s elective surgery patient returns with complications, Mina and Raptor butt heads over how to handle the situation. Conrad and Devon treat a local Congresswoman who withholds information that could prevent her from receiving proper treatment, causing Devon to open up about his grief.

In the wake of losing many colleagues to the virus, Bell worries who would be there for him in a moment of crisis and finds himself mining his own past to find his estranged former stepson, elite plastic surgeon Dr. Jake Wong (guest star Conrad Ricamora).

Meanwhile, Logan Kim finds himself on the chopping block when the doctors are questioned about his actions during the pandemic.