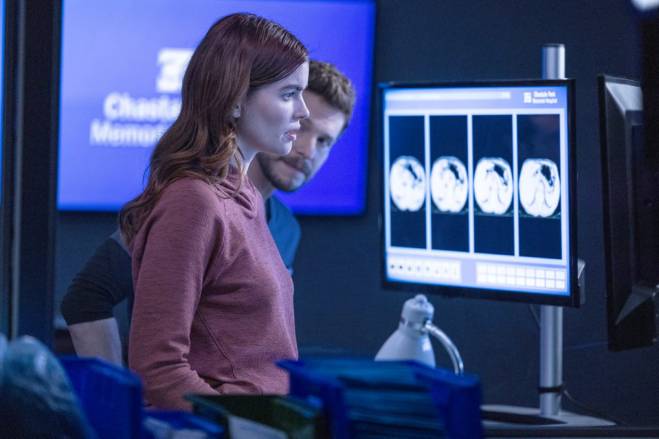 Conrad mulls over his future as he recalls a memorable night that included a crucial conversation with Nic (guest star Emily VanCamp). Meanwhile, Devon is offered a fantastic job opportunity out of state, and Ian is dealing with a devastating diagnosis, forcing him to rely on the Chastain doctors. Kit and Bell then announce their engagement, and Padma gets the news she’s been waiting for.