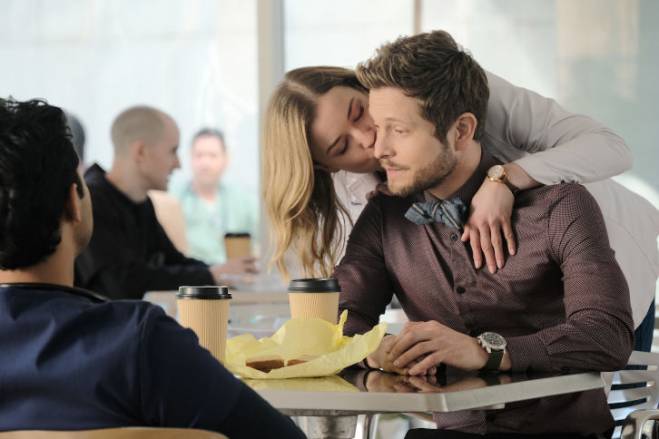 Whistleblower: On Devon’s last day as an intern, he and Conrad are faced with a moral dilemma over a suicidal patient who is in need of a liver transplant. When Bell discovers that Cain is keeping braindead patients alive in order to boost his survival rates and add to Red Rock’s profits, he decides to take matters into his own hands. Meanwhile, Adaku goes into early labor, causing a strain on her heart and Mina is left in doubt over how to best handle her care. Fall finale.